Has Luxury Found A Savior In China’s New Pet Craze?

• All animals are popular there, but cats especially so: The Douyin cat influencer @汤团和五月 recently made headlines by selling over 16,000 tea sets online.

•  Businesses that foster their own pet representatives are more likely to be successful, but they also require much more of a time investment from the brand.

For centuries, cats have held a revered role in Japanese culture. From cats of ancient folklore and beckoning Maneki-Neko cat statues to cat cafés and arguably Japan’s more recognizable cat, Hello Kitty, the obsession runs deep — so much so that the term “Nekonomics” was introduced years ago to describe how the country’s fascination with felines was valued economically. But now, China has fallen under an animal spell.

During the lockdown, several pet retailers reported that quarantine measures accelerated the growth of pet e-commerce, which is consistent with the new trend of consumer digitalization. Moreover, it inspired many brands to use pets to launch products ranging from clothing and utensils to even skincare.

As a result, Chinese netizens have seen online pet influencer popularity erupt in areas both high end and low brow. But the greatest frenzy has been for felines (the Douyin cat influencer @汤团和五月 recently made headlines for selling over 16,000 tea sets.)

Other animal KOLs are also gaining attention online. China’s top livestreamer Li Jiaqi’s celebrity pet family, named Never Family, has gained more than 420,000 followers on Weibo since its trademark launched this year. In October, the pets collaborated with the skincare label Fresh to release co-branded gift boxes, which sparked thousands of comments from their fawning fans.

Interestingly, these types of KOLs not only work selling the expected products like food or toys, but they are also capable of promoting electronic products, daily necessities, and more. But these furry internet celebrities are not the only signs of China’s pet craze. From pet-friendly stores to animal-related products, countless initiatives have won over Chinese hearts.

Releasing pet-related products and accessories is a winning strategy

This opportunity has already been spotted by some luxury brands, and they are scrambling to tap into this hot pet clothing and accessories market. High-end fashion house Ralph Lauren has a line of dog clothes that matches the brand’s human versions, and the Italian label Moncler has released a limited-edition dog down jacket, which comes with the brand’s iconic felt logo patch to match the owner’s.

In March, the Chinese actress Feier Li received positive feedback from users who found out she often dresses her dog to match her styles. David Joseph, the founder of the market research company Hub Of China, stated, “I can imagine there will be a specific market for those who wish to dress up in the same clothes as their pets.” This attention-getting form of pet twinning makes for strong social media posts as well.

But pet merchandise need not be strictly limited to clothing that attracts Gen Zers. Food, beverages, and even nifty gadgets can also be winning formulas for luxury brands. This year, China’s biggest tea chain, Hey Tea, attracted hundreds of animal-lovers to its first pet-friendly store in Shenzhen. And, in July, Chinese McDonald’s released a “Meow Meow fries Clip,” which is a silicone, cat-claw-shaped finger toy that’s used for picking up fries. 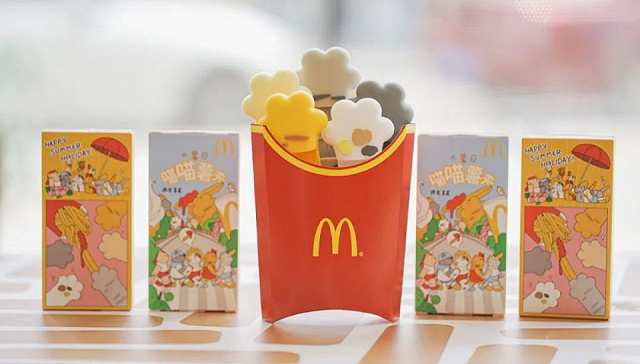 Meanwhile, there are even more ways to leverage the pet market. According to a report by CBNData, releasing innovative periphery products, or even just changing product packaging, can garner praise from the younger generation in a cost-effective way. That means luxury brands can be creative through fun accessories, toys, and virtual animal figures or by adding pet-friendly features throughout their brick-and-mortar stores.

In many cases, using animals in advertisements can generate effects that human ambassadors cannot. According to a survey conducted by Hub Of China, the top three reasons for choosing animals in adverts are “emotional and physical attraction, symbolism, and humor-related qualities.”

When it comes to luxury, an emotive, heartfelt pet story — followed by the mention of the brand — can be very appealing. There have been many impactful pet advertisements in the West despite the animals having little connection to the actual products.

Kleenex has had a long association with its loyal labrador dog (its playful antics help amplify its toilet paper’s softness), while Budweiser’s video Lost Dog is a touching story that links friendship to beer. But these successful associations have already been replicated in the Chinese market, too.

French jewelry company Boucheron has fared well digitally, thanks to its charming cat mascot, Wladimir. “In Boucheron’s series of ads in China, the black cat represents a symbol of elegance, independence, and beauty, which is something a lot of women aspire to,” Joseph noted.

However, it should be made clear that while luxury brands should follow at least one of the above narratives to connect to consumers, a humorous campaign angle must not trivialize the product.

Lastly, one of the best ways to take advantage of animals is via livestreams. On platforms like Douyin and Taobao, a pet-related livestream reportedly takes place every five seconds. These cute animal hosts have greatly helped stimulate the market’s consumption potential, and data shows that pet livestreaming has increased by nearly 375 percent, with over 1 million people in China watching these sessions every day.

Consequently, a well-groomed pet with a big personality (or, even better, one that is already established as a famous KOL) could do wonders for most luxury brands. 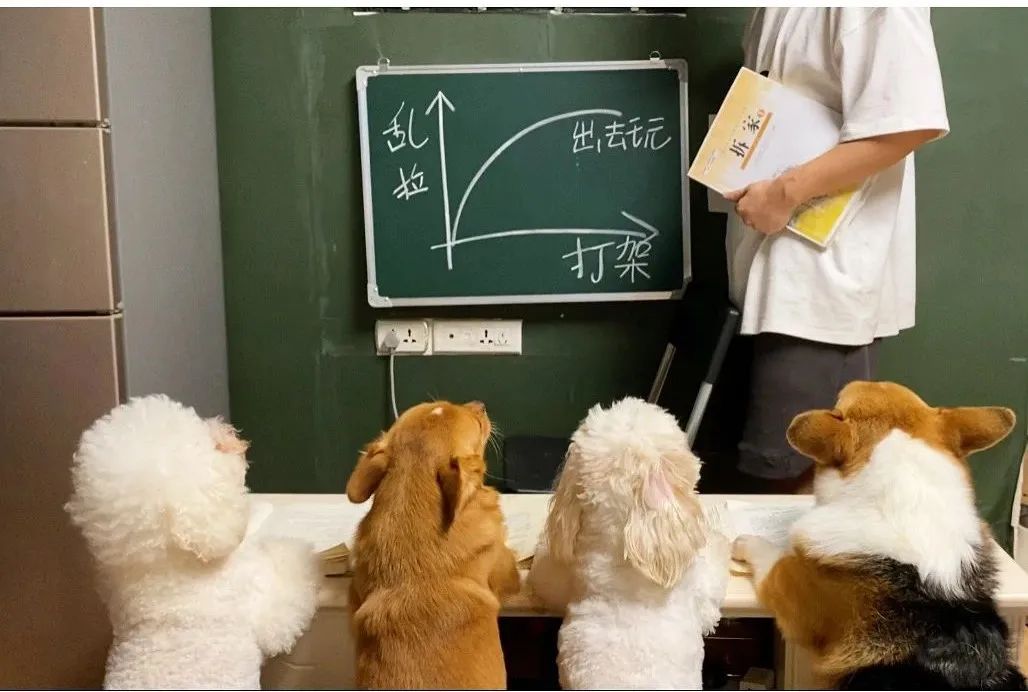 According to Joseph, businesses that do not rely on external KOLs but foster their own pet representatives instead are more likely to be successful. “The exclusivity of the animal to the brand is preferable, but that will require a lot more investment of time from the brand in terms of building up the relationship with the audience,” he stated. “But in the long term, this could reap dividends.”

However, the downside is that animals can be unpredictable. Brands must carefully select and train their KOLs. Thankfully, China’s diverse platform needs can now suit different pet behavior styles. For example, Douyin’s most famous animal videos feature a pet’s daily life along with humorous overdubs or subplots. But, on the other hand, Bilibili has had a strong demand for “artistic and heartwarming” videos, which require more deliberate content design.

But what brands need to keep in mind is that post-pandemic consumers now pay more attention to emotional experiences rather than functional ones. That can be seen in the massive growth of the pet industry, which resonates with millennials and Gen Zers who are highly-attuned to issues surrounding animal welfare. As more and more younger citizens postpone or even give up completely on having children, they become more likely to devote their energy to their furry companions instead. That means they are sure to spend big money on them, too.

Market Analysis
The Rise and Rise of the Niche Jewelry Market