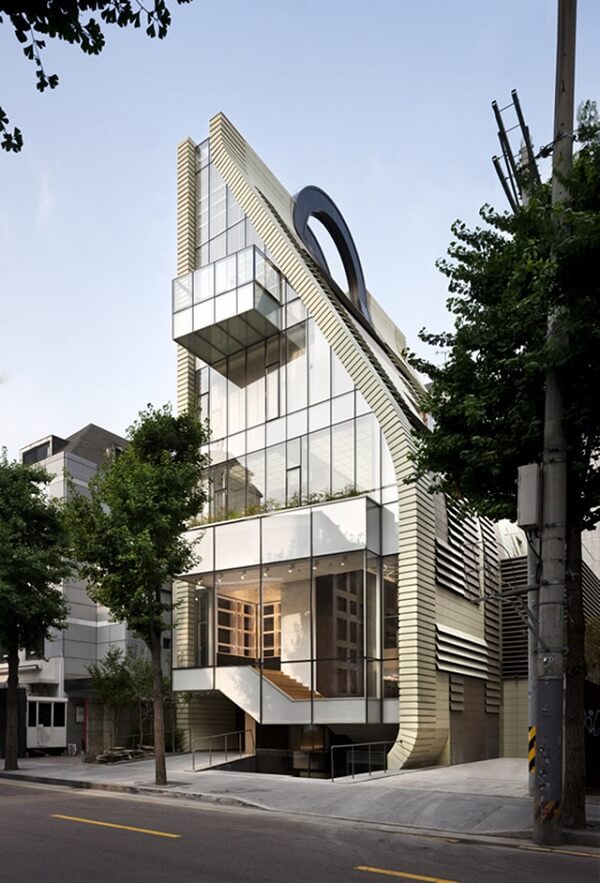 There are handles on the Simone Handbag Museum in Seoul, and now its owners, the Simone Accessories Collection, have finally gotten a handle on labor strikes at their factory in Guangzhou that produces Michael Kors handbags. On March 13, after eight days of strikes, the workers signed an agreement with the company that guarantees a basic wage of 3,500 RMB ($552) a month, according to the South China Morning Post.

Simone once had five factories in Guangzhou, but all except one have closed with the company shifting most of its production to Southeast Asia. In the first three months of 2018, 395 labor strikes have taken place in China, according to data collected by China Labour Bulletin. Read our story about conditions in a factory that produced shoes for Ivanka Trump here. 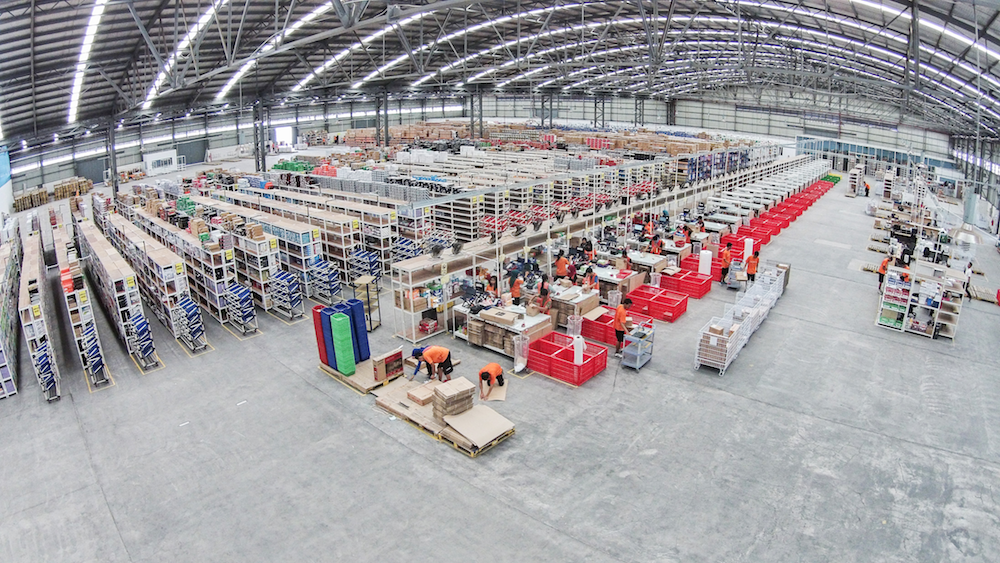 Southeast Asian e-commerce site Lazada’s warehouses will only get bigger after Alibaba doubled its investment in the company to $4 billion, Quartz reports. The move is seen as necessary to hold off rival JD.com, which is also investing heavily in the region. Read our story about Alibaba’s Tmall World, an initiative that aims to reach over 100 million Chinese abroad. 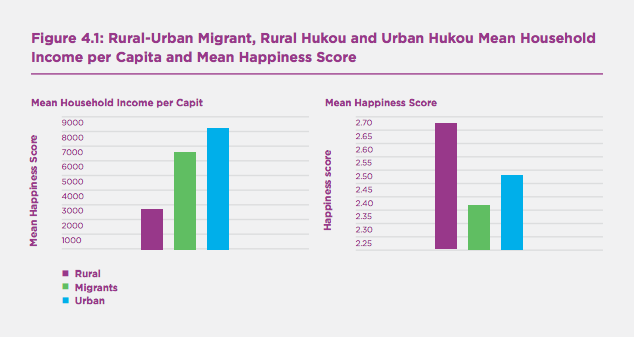 China slipped from the 79th to the 86th most happy country in the world out of 156 countries surveyed in the UN’s Global Happiness Report 2018. A chapter of the report devoted to happiness levels among rural, rural-urban migrants, and urban Chinese shows a near inverse correlation between income and happiness. The report posits that many Chinese may be trapped on the “hedonic treadmill”, where improved circumstances are outstripped by expectations of even better circumstances, or made unhappy by the relative wealth of others around them.

To the extent that a given luxury brand serves only as a status marker, as opposed to providing products beloved for their inherent properties, or for helping consumers express something other than their socio-economic status, that brand is vulnerable to what will surely find its way to China eventually: the same anti-brand movement seen in, for instance, Naomi Klein’s book No Logo, brands like Muji (which literally means no-name), and the normcore trend. Read our story about the diminishing significance of money to China’s younger generations. 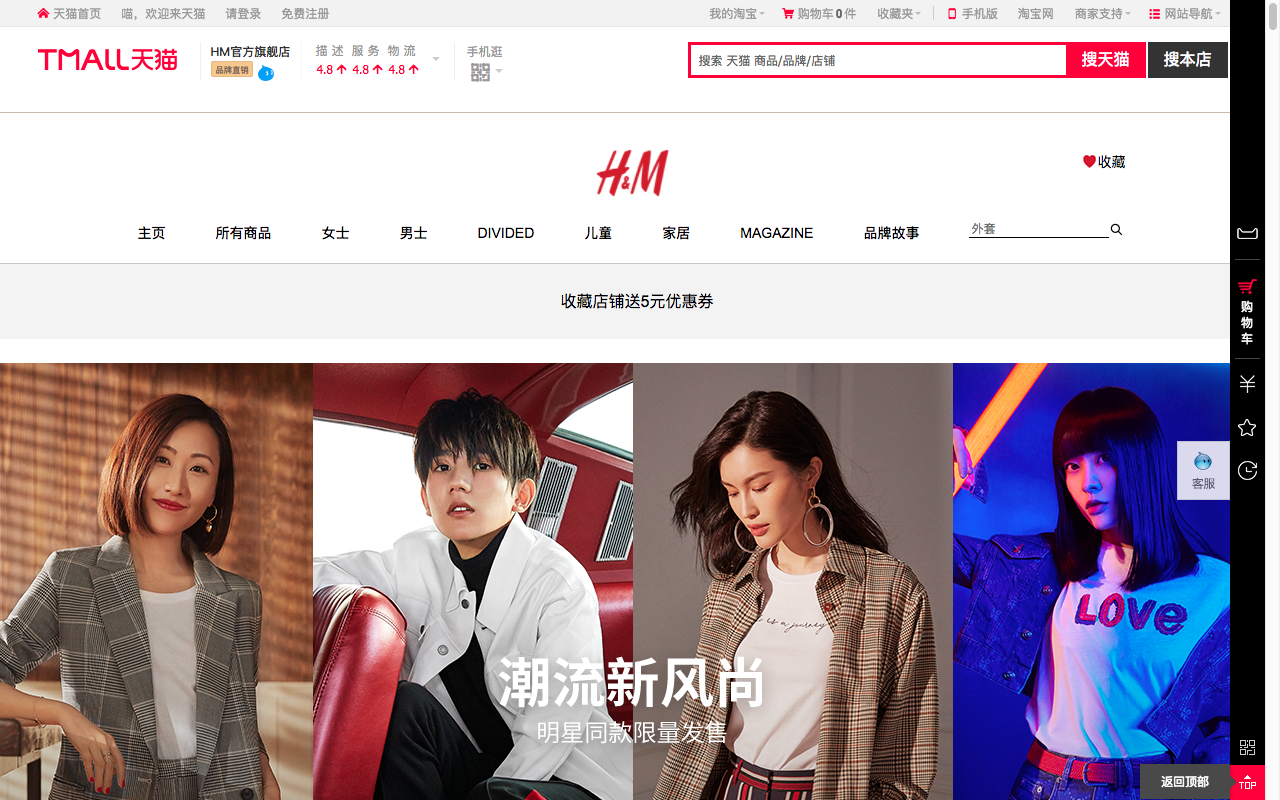 Here it is. H&M’s official store on Alibaba’s Tmall, which launched on Wednesday. That’s right, even the world’s second biggest fashion retailer, one which has had its own e-commerce store in China since 2014 as well as countless retail stores, cannot escape the overwhelming gravitational pull of China’s biggest e-commerce player.

H&M is hardly a luxury brand, but its decision to join Tmall, the first time it has ever partnered with a third-party e-commerce platform, is testament to how crucial it has become to reaching Chinese consumers. Click here to read our interview with Jessica Liu, Tmall’s president of luxury and fashion, who says it will be launching new luxury brand stores on the site every month in 2018.

U.S. President Donald Trump has taken steps towards introducing $50 billion dollars in tariffs on China, reports The Washington Post. A proposed list of products to face tariff hikes is due to be released in the next two weeks. China has responded with a statement saying that it “is not afraid of and will not recoil from a trade war.”

“The actions undertaken by the US are self-defeating,” the statement says. “They will directly harm the interests of US consumers, companies and financial markets. They also jeopardise international trade order and world economic stability.”

That sounds about right. A trade war with China would likely drive Chinese consumers further into the arms of domestic brands, who Credit Suisse says are already enjoying a more enthusiastic reception from Chinese consumers. Click here to read our piece on how heritage has become hip with Chinese millennials.

Our most popular articles you may have missed
Companies
Can Marine Serre Bring Upcycling To China?
Fashion
China’s Love Of Hanfu Is Here To Stay
Consumer Insights
Why Luxury Brands Need To Reframe Brand Origin In China
Marketing
JD.Com Plays Matchmaker For Luxury Brands On Chinese Valentine’s Day
Fashion
China’s High-End Malls Are Now Welcoming Emerging Designers
Companies
What Is Off-White’s Place In China Without Virgil?