The Mahjong Line controversy shows that without the right context and intention, attempts at cultural adaptations can turn into appropriation. Photo: The Mahjong Line.

Recently, controversy broke out in the United States after The Mahjong Line, a Dallas-based company started by three white women, launched with game sets that eschewed the traditional Chinese tiles for images such as bags of flour, bubbles, and kites. Marketing copy on the company’s website noted that the “artwork of the traditional tiles, while beautiful, was all the same” and that the “venerable game needed a respectful refresh,” leading to a swift backlash and accusations of cultural appropriation.

The Mahjong Line quickly put out an apology and updated its website with a statement saying while the company’s intent “is to inspire and engage with a new generation of American mahjong players, we recognize our failure to pay proper homage to the game’s Chinese heritage.” Despite the apology and online criticism, however, the company’s “Americanized” mahjong sets remain up for sale.

The case of The Mahjong Line and the avalanche of bad press caused by its failure to clearly acknowledge the history and heritage of mahjong shows how, without the right context and intention, attempts at cultural adaptations can turn into appropriation. As sociologist Nancy Wang Yuen told CNN, it’s one thing to take inspiration from another culture, but “if there’s an air of superiority over the original content, then that becomes appropriation.”

Recommended ReadingChina’s Most Controversial Fashion Incidents in 2020By Yaling Jiang

On the other end of the cultural spectrum is another updated mahjong set, this time a collaboration between American artist Daniel Arsham and the hit iQiyi streetwear-oriented show “Fourtry” (previously on CCI). Last month, Arsham — best known for his architectural and sculptural designs — created a series of artworks in partnership with iQiyi that included an art installation at Fourtry Space, the show’s experiential retail store in Chengdu. A seasoned collaborator, Arsham has previously partnered on projects with Dior, Pokémon, and Porsche, among others.

The installation followed the style of Arsham’s “Fictional Archeology” series, which conceptualizes how familiar objects will look 1,000 years in the future, and also included a China limited edition of “Eroded Mahjong” and related products, including a monogram rug and a mahjong keychain.

The Arsham x Fourtry collaboration attracted positive press in China, with China Daily noting that the partnership with an international artist of Arsham’s caliber “not only brought the world’s most pioneering and cutting-edge visual art to ‘Fourtry’ season 2, but also reflected the commercial value of [Fourtry]’s own brand.”

But more importantly, by showing respect for its source material — i.e., mahjong and traditional Chinese culture — while merging it with contemporary art, the collaboration sidestepped any criticism of cultural appropriation. In doing so, it joined previous examples of top-of-the-line luxury mahjong collections that speak to Chinese audiences such as those produced by Prada ($3,900), Brunello Cuccinelli ($9,867), Tiffany & Co. ($15,000), and Hermès ($40,400). 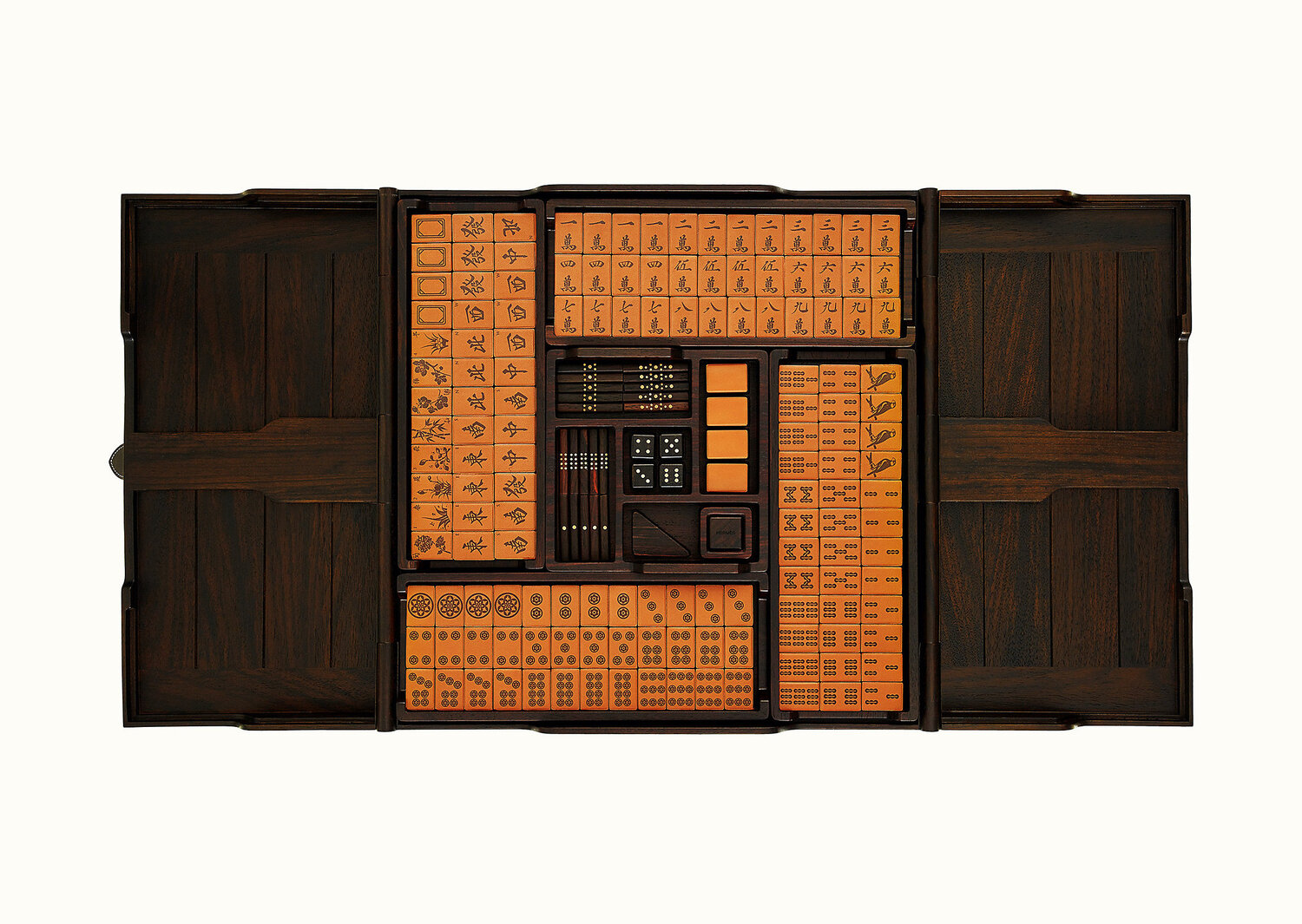 In all of these eye-wateringly expensive examples, the brands showed respect for mahjong and its cultural and historical roots, creating something both new and familiar for the China market. The lesson to be learned for any brand is that it is possible to reinterpret traditional culture in interesting ways without disrespecting traditions or alienating consumers.

The Daniel Arsham x Fourtry partnership also got a boost from its collaborative roots, merging Arsham’s aesthetic with the cultural (and consumer) capital of iQiyi and the second season of “Fourtry,” which emphasizes the influence of Chinese heritage on contemporary streetwear. Following the success of this partnership, we will undoubtedly see more cultural collaborations on other hit streaming programs in the year ahead.

Fashion
From Coperni’s Spray-On Dress To AVAVAV’s Falling Models, This Is The Post-COVID Catwalk

Content Commerce
When Could Chinese Tourists Return To The World Stage?