Despite COVID-19 turmoil, many Chinese tech companies applied for IPOs this year as the demand for technology-enabled solutions rose among luxury consumers. Photo: Shutterstock, Gucci, Too Faced. Credit: Haitong Zheng.

2020 has been a rollercoaster year for the Chinese market and economy. Despite turmoil during China’s COVID-19 period, many tech companies applied for IPOs — and remained comparatively unscathed from the devastating outbreak. As digital transformation accelerated, the demand for technology-enabled solutions rose among China’s luxury consumers.

Consequently, big-name Chinese tech IPOs flourished in both hemispheres. According to a CNBC analysis, data by Ernest & Young noted that greater China stock exchanges accounted for 45 percent of global IPOs over the first three quarters of 2020.

But the year was not all win-win. Companies came under fire from US legislation as tensions between the two countries reached a boiling point. Amid several dramatic plot twists, firms like Bytedance and WeChat battled bans and blocks. Yet, it could be argued that Trump’s posturing actually boosted the popularity of Chinese apps in the US.

Moreover, it forced many big conglomerates like Alibaba and JD to pursue listings on the Hong Kong stock market instead. With companies in China continuing to show global promise, Jing Daily highlighted the top tech IPOs for 2020.

The Ant Group doubles down on dual Shanghai-Hong Kong IPOs

In one of the most anticipated IPOs of the year, Chinese FinTech company, Ant Financial Services Group, said that it would list its shares on both the Shanghai stock exchange’s STAR (a Nasdaq-style tech board) and the Hong Kong stock exchange. The owner of the mobile payment network Alipay reportedly looked for a $200 billion valuation, which would have made Ant’s listing one of the biggest IPOs of 2020.

However, in a shocking twist, Ant Group’s IPO was blocked by the government, sparking much discussion over the nature of the conglomerate. Despite this, the company sent a strong message that it wanted to give Asia’s investors a chance to own stakes in one of China’s biggest technology champions. There’s also the possibility that by staking a larger global footprint, the Ant Group will, in time, become a key competitor to other global merchant services. No one is better at playing the long game than China’s big tech.

JD Health, the healthcare subsidiary of the Chinese e-commerce group JD.com, raised$3.5 billion in an IPO in Hong Kong, which was Hong Kong’s largest IPO in 2020. Its stock price rose by as much as 53 percent on the first day of trading.

China’s second-largest e-commerce giant has shown its ability to continuously innovate. While several multinational corporations have seen their profits and sales cut during the pandemic, JD.com has transformed COVID-19 into a business opportunity while safeguarding the health and safety of its employees and customers in the process. 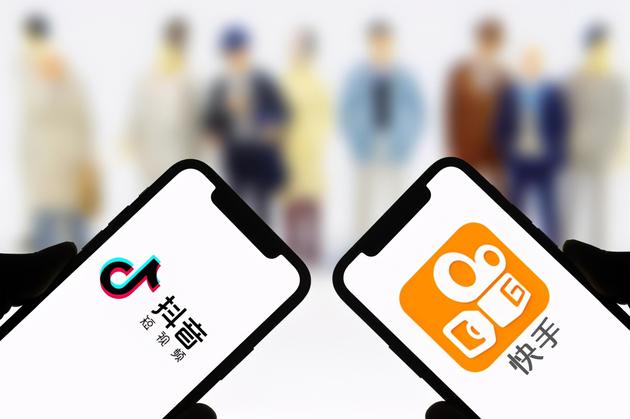 In addition to established contenders like Douyin and Xigua, newcomers like Weibo have started testing short video platforms internally, and Tencent’s livestreaming platform is also on the horizon. Source: Sina.com

In November, Kuaishou formally submitted the IPO prospectus to the Hong Kong Stock Exchange. Reports have anticipated that Kuaishou would become the “first short video stock.” Yet, Kuaishou is now facing an increasingly crowded landscape in the short video and livestreaming space. In addition to established contenders like Douyin and Xigua, newcomers like Weibo have started testing short video platforms internally, and Tencent’s livestreaming platform is also on the horizon.

But with such a precise niche that no others can quite claim yet, Kuaishou presents itself as a strong option from luxury brands to connect with China’s massive and lucrative audience.

Also, in November, Bytedance was rumored to be bundling its three major video platforms – Douyin, Toutiao, and Watermelon Video – to launch an IPO in Hong Kong. According to insiders, ByteDance is in discussions with investors, including Sequoia, which would increase this round of financing to a valuation of 180 billion dollars.

In 2020, Douyin and TikTok swelled in popularity as they have kept users entertained and scrolling during COVID-related lockdowns. According to SensorTower, they are now the top-grossing apps worldwide. But just as consumers have guaranteed the apps’ successes, Douyin and TikTok have naturally come to shape the tastes and habits of their audiences.

Our most popular articles you may have missed
The Future of Luxury
Gucci Puts Other Luxury Brands on Notice by Accepting Crypto
Market Analysis
How Luxury Can Navigate China’s Zero-Covid Policy
Companies
Net-a-Porter Taps Supermodel Liu Wen to Woo China
Market Analysis
4 Lessons in Color for Luxury and China
Earnings Brief
LVMH, Hermès, and Kering Suffer From China’s COVID-19 Clampdown
Companies
Chinese Swimwear Brand Cupshe Makes Waves in the US