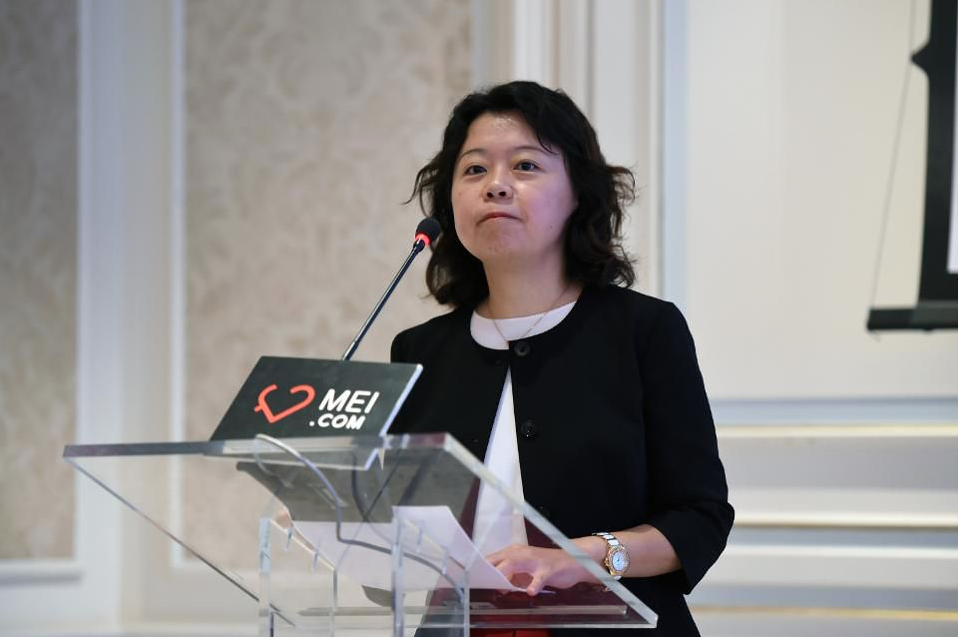 Tmall’s head of fashion, Jessica Liu, has followed the evolution of e-commerce from its beginning, starting her career at a publishing house before joining Amazon China. Now, in an interview with Forbes, she praised British luxury brand Burberry as a particular Tmall success. “They worked with us earlier, they’ve benefitted more, and they are faster than others,” Liu said. Burberry and Tmall together teamed up for the London Fashion Show last year, and engaged singer Kris Wu (Wu Yifan) as a surprising choice of brand ambassador.

The White House described China’s efforts to dictate the names 36 airlines use for Macau, Taiwan, and Hong Kong as “Orwellian nonsense”. Standing up to China this way is not a luxury that brands and businesses operating in China can always afford. Earlier this year hotel chain Marriott had its booking website taken down after referring to Tibet, Hong Kong, Macau, and Taiwan as “countries”.

“No matter what the U.S. side says, nothing will alter the objective fact that there is only one China in the world, and that the Hong Kong, Macau, and Taiwan regions are inseparable parts of Chinese territory,” said Geng Shuang on the Chinese Ministry of Foreign Affairs website.

Click here to read about the challenge brands face in dealing with geopolitical alternative facts.

Far from closing, the China-United States trade gap widened a massive 44 percent from March. “However I look at it, I can’t see any signs to support such strong growth other than the fact that companies panicked and rushed shipments,” Yang Weixiao, an economist at Founder Securities, told the Wall Street Journal.

Despite U.S. concerns, China has doubled down on its determination to pursue technologically important industries believing it was left behind during the industrial revolution.

On the eve of being appointed to the role of Managing Editor for GQ China, GQ Taiwan’s current Editor-In-Chief Blues To was unceremoniously stripped of the position, with reports citing “personal reasons” for the withdrawal of the offer.

However, photos circulating on Chinese social media show To, a Taiwanese national, wearing a ribbon with the phrase “take back the Mainland” at a farewell party thrown by his GQ Taiwan colleagues. According to China netizens, the use of the politically charged ribbon demonstrated a great deal of disrespect towards China, but opinions are divided on whether the online photographs should be enough for the editor to lose his job entirely.

Click here to read more about the rise of China’s celebrity editors as internet influencers.

The Chinese tycoon who rose to international prominence to purchase the Waldorf Astoria Hotel, was today sentenced to 18 years in prison on charges of 10 billion dollars worth of financial fraud. Wu Xiaohui was chairman of Anbang Insurance Group until the Chinese government seized control of the conglomerate in February of this year. The move placed the Waldorf Astoria- among many of the group’s other properties- in the hands of the Chinese government.

Facing a potential life sentence, Wu pleaded guilty to a number of charges of financial fraud and related crimes, eventually being offered the lighter 18-year sentence.

Our most popular articles you may have missed
The Future of Luxury
Why Digital Reinvention Is Luxury’s Next Big Game Changer
Beauty
How Did ‘Lip Mud’ Become China’s New Beauty Obsession?
Consumer Insights
China’s Latest Crackdown Could Spell Disaster For Luxury Brands in 2022
Content Commerce
Undercover Influencers Test the Patience of China’s Censors
Influencers
Will This KOL Scandal Derail Rolls-Royce?
Sponsored
How Jimmy Choo Outshines Competition With ‘Chasing Stars’ Collaboration

Retail
How the New Neighborhood Store Is Changing China Retail