Every major festival is known for at least one celebratory dish, and for the Chinese, nothing is bigger than the Lunar New Year.

This year the big day falls on February 16, and major restaurants and hotels have already rolled out the festive puddings, or nian gao.

There are many different regional recipes for this national dish of China and the most classic Cantonese-style one is made of glutinous rice and brown sugar.

Hong Kong people also love the water chestnut pudding and another recipe made of coconut juice and sugar. Some prefer savoury ones, such as radish cake, or taro cake – which is more a Chiuchow recipe.

Chefs like to give nian gao recipes a twist here and there for newness and decadence.

To be a cut above the rest, some of the chefs are going the extra mile to source premium ingredients for their offerings.

Here are some of our favourites. 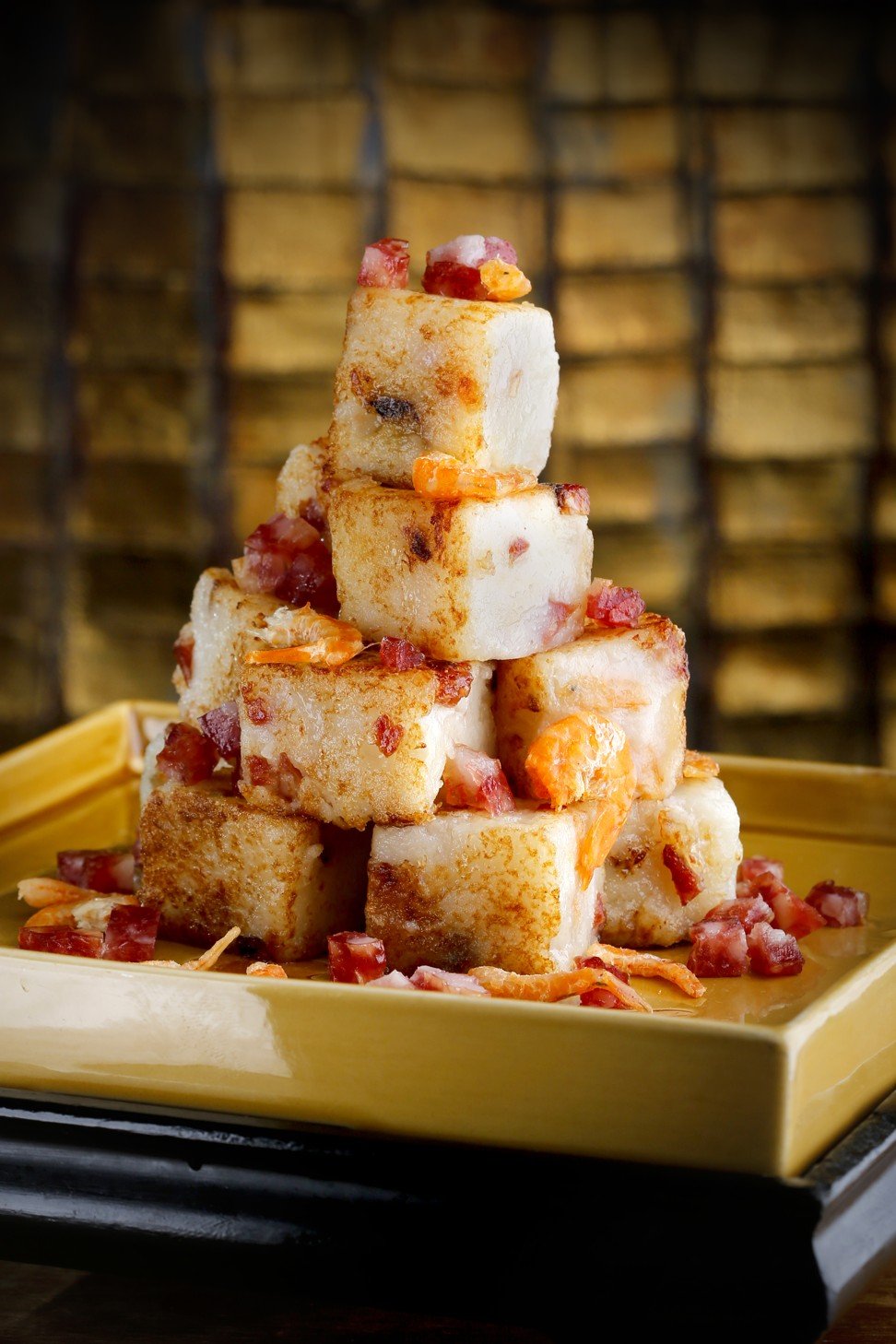 Lau sources the daikon (radish in Japanese) from Kagoshima, in Kyushu, Japan. The farm that grows it is located next to an active composite volcano called Sakurajima (meaning “Cherry blossom island”, as it used to be an island on its own).

The rich volcanic soil is ideal for growing produce and it nurtures big and juicy radishes. To make sure that the goodness of the vegetable is highlighted, Chef Lau uses the thick cut so “you can really enjoy the taste and texture of the Kagoshima daikon”, he says.

Lau buys the red beans from a famous farm in Tokachi, on the northern Japanese island of Hokkaido, and they are big, plump and shiny, with great flavour and texture.

He sweetens the pudding with syrup made from Okinawa Kokuto Brown Sugar, which has a texture similar to maple candy, with hints of licorice, light muscovado and molasses.

Foie gras is a long-time favourite among gourmands, but it is now in the pudding.

The key in this recipe is to achieve a harmonious balance between the goose liver and conpoy.

Dried scallops are known for their intense oceanic aroma and flavour, while the liver’s hearty, rich and creamy character makes it  ideal to be part of a pudding.

In Cantonese, liver is sometimes called jeon, which can also mean “wealth” – suitably auspicious for the occasion. 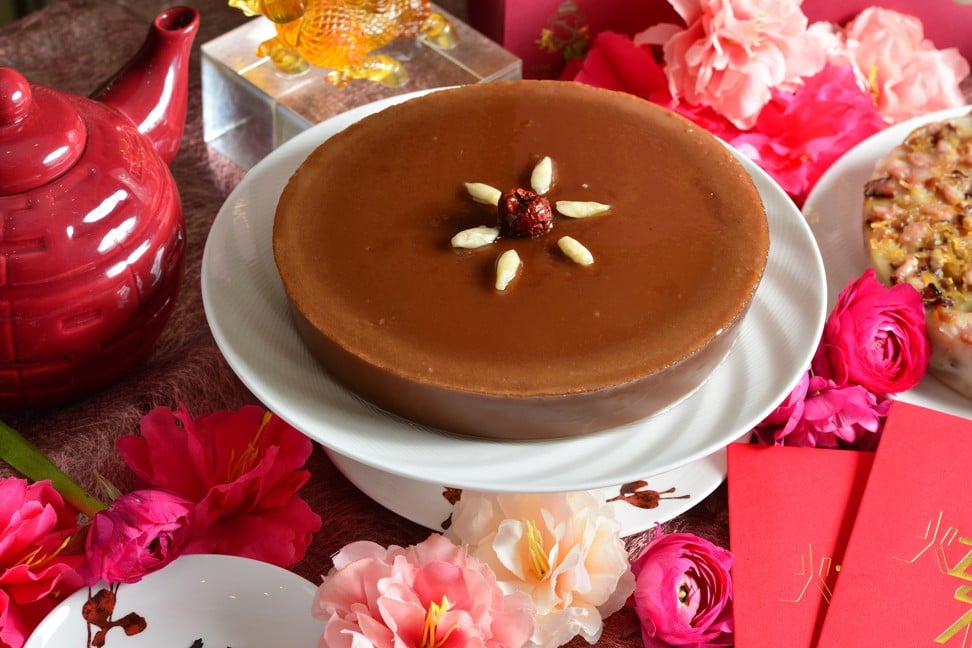 Siu wanted to try something different, so he experimented with a coffee-flavoured pudding. But he did not think it worked, so he came up with the idea of Ceylon black tea and it was a success.

“No one in the market has done this before,” he says.

“The Ceylon black tea is from Sri Lanka and it has a rich taste and strong aroma, which balances the sweetness of the pudding.” 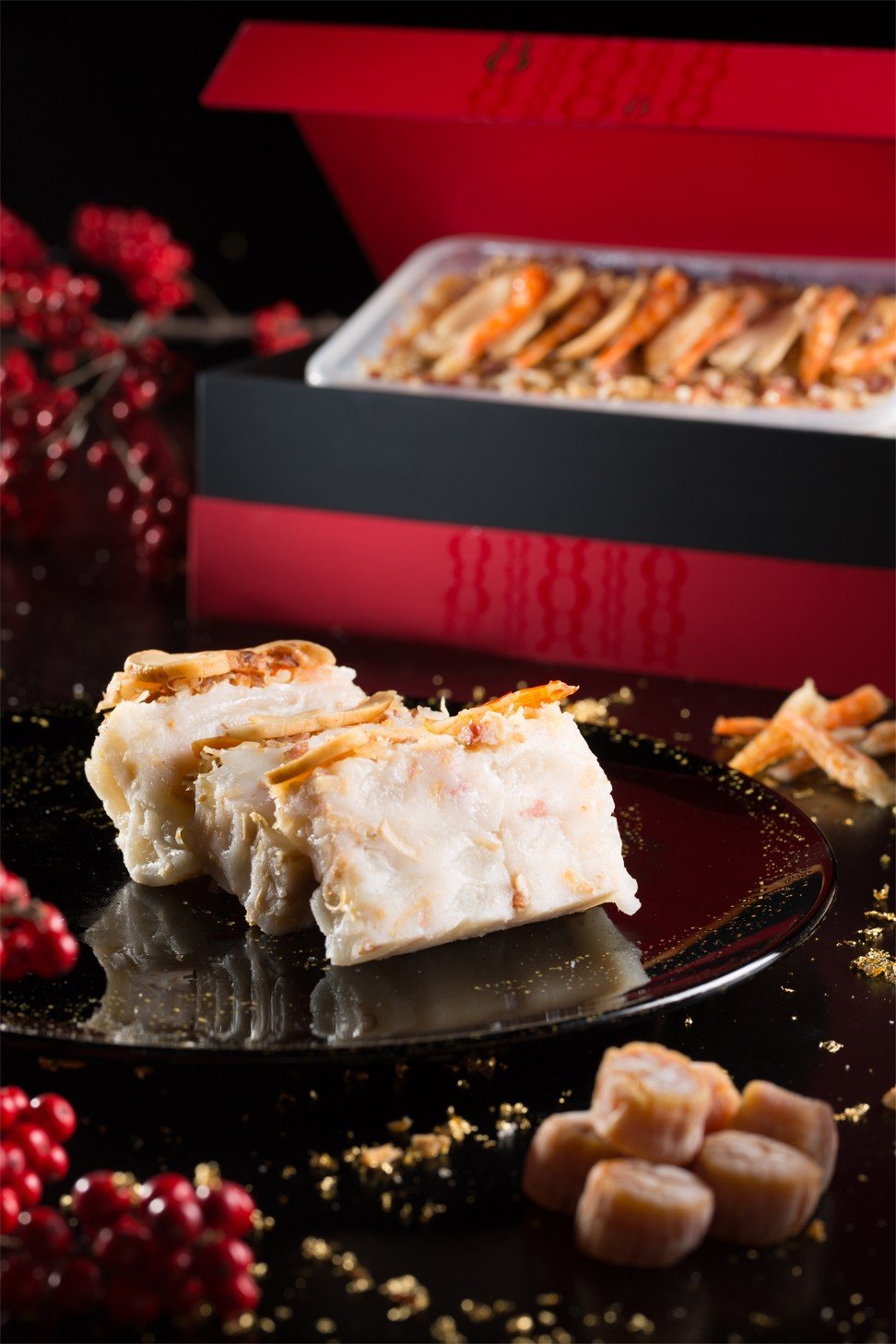 It is no surprise that this auspiciously named restaurant in one of the flashiest hotels in the gaming centre of Macau will have decadent Chinese New Year puddings.

There is the Premium Cane Sugar Cake with Bird’s Nest and Coconut Juice – which will appeal to many  Chinese consumers.  Despite the perceived nutritional value and health benefits of bird’s nest, it doesn’t  add anything to the flavour.

The recipe that has really caught our eyes is Turnip Cake with Matsutake flavoured in Fish Broth. The prized mushroom loved for its strong and distinct aroma definitely sounds like the perfect match with the sweet essence of fish meat.